Can a computer scientist win an Oscar? 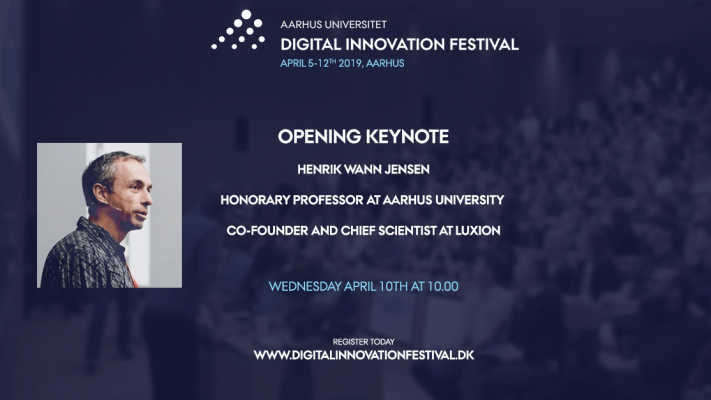 Can a computer scientist win an Oscar?

Yes he can. His name is Henrik Wann Jensen and he is an internationally leading researcher in computer graphics and photorealistic rendering of movies and images.

You will have a unique opportunity to meet him when Aarhus University from April 5-12 celebrates a tech festival with focus on some today’s most hyped technologies such as artificial intelligence, blockchain, microservices, AR, Internet of Things, big data, drones and physical computing.

Apart from gaining insight into the latest technologies you will get first-hand reports from the people behind a number of high-tech startups and also from established companies such as Uber, Toitware, Scalgo, Trifork, Unsilo, Vestas, Grundfos and Terma.

You will also be able to meet researchers in the field. One of them is Henrik Wann Jensen, who will open the conference on Tuesday, April 10. He will give a speech about his work and about the opportunities with computer graphics technology.

Henrik is an internationally leading researcher in computer graphics and he has been consultant for some of the most famous digital film producers, ranging from Pixar (Steve Jobs) to James Cameron’s Avatar and Peter Jackson’s Lord of the Rings. Henrik Wann Jensen received an Academy Award for the technology behind rendering Gollum’s skin.

Henrik has been appointed Honorary Professor at Aarhus University, but he works daily in California as a Chief Scientist for the company, Luxion, which has offices in Aarhus and California and specializes in computer graphics. They have developed the 3D rendering software, KeyShot, https://www.keyshot.com, which is used for visualisation of products in design, advertising and architecture.